Anita Louise Lane (18 March 1960 – April 2021) was an Australian singer-songwriter who was a member of The Birthday Party, The Bad Seeds and collaborated with Nick Cave and Mick Harvey. Lane released two solo albums: Dirty Pearl (1993) and Sex O'Clock (2001). 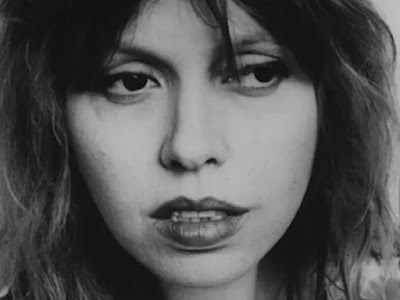 Anita Louise Lane was born in Melbourne in 1960. She began singing and writing songs at the age of 16. She was a classmate of Rowland S. Howard, while both were students at the Prahran College of Advanced Education, undertaking the Tertiary Orientation Programme. Lane met Nick Cave in 1977. Cave on lead vocals, was a member of a new wave group, The Boys Next Door, with Mick Harvey on guitar, Phill Calvert on drums and Tracy Pew on bass guitar. By December 1978, Rowland S. Howard had joined the line up on lead guitar. In February 1980, The Boys Next Door were renamed as The Birthday Party, and Lane and the group, moved to London. Lane and Cave co-wrote the lyrics for "A Dead Song", which appeared on their debut album Prayers on Fire (April 1981). For their second album, Junkyard (May 1982), Lane and Cave co-wrote "Dead Joe" and "Kiss Me Black". The group relocated to West Berlin in August 1982 prior to their cessation in June of the following year. Lane on keyboards, backing vocals and occasional lead vocals, was briefly a member of Nick Cave and the Bad Seeds, with Adamson, Cave, Harvey, Blixa Bargeld on guitar (also a member of Einstürzende Neubauten) and Hugo Race (ex-Plays with Marionettes). She supplied lyrics for "From Her to Eternity", the title track of their debut album (June 1984). She left the group soon after.


Lane co-wrote "Stranger Than Kindness" with Bargeld, which appears on Nick Cave and the Bad Seeds' fourth album Your Funeral... My Trial (November 1986). Lane added her lead vocals over a musical score by Bargeld, Cave and Harvey for the soundtrack of the 1988 Australian film Ghosts... of the Civil Dead, including the track "A Prison in the Desert". She also provided guest vocals on "The Bells Belong to the Ashes" for the album, Headless Body in Topless Bar (1988) by German post-punk post-rock band Die Haut. In 1989, Lane was featured on Adamson's debut solo album Moss Side Story; with Harvey, she was part of the Freedom Choir on "Suck on the Honey of Love" and "Free at Last". She supplied vocals again for his second solo effort, the soundtrack for the film Delusion (1991). In 1992, she performed a duet with Kid Congo Powers on Die Haut's track "Excited" and another with Bargeld on "How Long (Have We Known Each Other Now)" for the German group's album Head On. Lane and Bargeld duetted again on "Blume" for his group, Einstürzende Neubauten's sixth studio album, Tabula Rasa (1993). The track is co-written by Lane, Bargeld and his group members. In 1995, Lane contributed vocals to Harvey's Serge Gainsbourg tribute album Intoxicated Man. She returned in 1997 for his second Gainsbourg-inspired album Pink Elephants.

Lane had a solo career beginning with her four-track extended play Dirty Sings in 1988 on Mute Records. For the recording, she was joined by Adamson, Cave, Harvey and Thomas Wydler on drums (of Nick Cave and the Bad Seeds, ex-Die Haut); while Harvey produced the EP. In 1993, Lane issued her debut solo studio album Dirty Pearl, recorded from 1982 to that year. It consists of her work with The Birthday Party, Nick Cave and the Bad Seeds, Einstürzende Neubauten and Die Haut, as well as exclusive album tracks. The album was co-produced by Bargeld, Cave, Harvey, Johannes Beck, John Cafferty, Die Haut, Einstürzende Neubaten, Sven Röhrig, and The Birthday Party. The album provided Lane's single "The World's a Girl", which appeared on 5 June 1995. Lane's second solo studio album Sex O' Clock was released on 23 October 2001, produced by Harvey.