Marjorie "Margie" Hendrix (March 13, 1935 – July 14, 1973) was an American rhythm and blues singer best known for her performances as a founder member and leader of the Raelettes, backing Ray Charles. The spelling "Hendricks" is sometimes used. 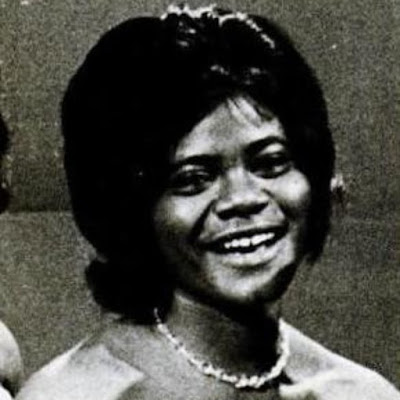 Margie Hendrix was born on March 13, 1935 in Register, Georgia. She sang, played piano and directed her local church choir while in her teens. In the early 1950s she moved to New York City, and made her first solo recording, "Everything", on the Lamp label in 1954, but it did not hit the charts. In 1956, she replaced Beulah Robertson in the Cookies, joining existing members Dorothy Jones and Darlene McCrea. The group signed to Atlantic Records, and had a #9 hit on the R&B chart with "In Paradise". They also started working as session singers at Atlantic, where they were introduced to Ray Charles. The Cookies auditioned for Charles on the song "Leave My Woman Alone". In 1958, Margie and McCrea left the Cookies (who later went on to greater success with a different line-up), and later formed the Raelettes as Ray's backing singers.

The Raelettes were officially established in 1958. The first lineup consisted of Darlene McCrea, Margie Hendricks, Patricia Lyles, and Gwendolyn Berry. In October 1958, Ray Charles recorded his first song with the Raelettes, "Night Time Is the Right Time", which reached #5 on the R&B chart the following year. The song features Margie's barely controlled voice to Ray to "tease me, squeeze me, please me, oh don't leave me..." Margie and the Raelettes sung on several of Ray's other recordings of the time, including "Tell the Truth", "What'd I Say", "Sticks And Stones", "Hit the Road Jack", "Unchain My Heart", "My Baby!", "I Can't Stop Loving You", "Bye Bye Love, and "You Are My Sunshine." The second known line-up was Margie Hendrix, Patricia Lyles, Gwen Berry, and Darlene McCrea. In the early years, Margie Hendrix was the Raelette's foremost member.

After leaving the Raelettes in 1964, Margie signed a record deal with Mercury Records, and released five singles on the label, mostly produced by Gene "Bowlegs" Miller. The first two singles were released in 1965 ("Now the Hurt's On You" and "Baby"), and three followed in 1967 ("Restless", "Nothin' But a Tramp" and "One Room Paradise"). Her final records were released on the Sound Stage 7 label from 1968 to 1969.

Margie died in New York on July 14, 1973, aged 38. The official cause of her death is unknown since no autopsy was performed on her, but many sources claim it was caused by a heroin overdose.