Mia Katherine Zapata (August 25, 1965 – July 7, 1993) was an American musician who was the lead singer for the Seattle punk band The Gits. After gaining praise in the nascent grunge scene, Zapata was murdered in 1993 while on her way home from a music venue. The crime went unsolved for a decade before her killer was tried, convicted and sentenced to 36 years in prison. 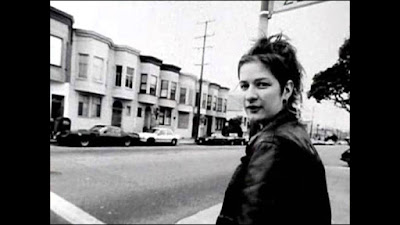 Mia Zapata was raised in Louisville, Kentucky and attended high school at Presentation Academy. Zapata learned how to play the guitar and the piano by age nine, and was influenced by punk rock as well as jazz, blues, and R&B singers such as Bessie Smith, Billie Holiday, Jimmy Reed, Ray Charles, Hank Williams, and Sam Cooke. In 1984, Zapata enrolled at Antioch College in Yellow Springs, Ohio as a liberal arts student. In September 1986, she and three friends formed the punk rock band The Gits. The band who included guitarist Andrew "Joe Spleen" Kessler, drummer Steve Moriarty, and bassist Matt Dresdner, met in Ohio in 1986. A few years later, they decided to move to Seattle to engage in city's burgeoning music scene. Within no time the Gits had developed a following amidst the local underground punk scene. Although the group was 75% men, the band as a whole and Zapata in particular became popular amongst the feminist community of Seattle at the time.

The Gits went on a successful international tour without the support of a record label. In 1992, their first independent album, Frenching the Bully, was released. The album had hits such as "Another Shot of Whiskey", "Second Skin", and "Here's to Your Fuck", receiving positive reviews. Throughout the recording of the second album, the band had planned a large U.S. and European tour as well as many local shows, all the while being courted by various labels. Unfortunately, before the band could finish and release their second album, Enter: The Conquering Chicken, Zapata was suddenly murdered. The band did continue making music, and found success in their second album with singles such as "Seaweed" and "Precious Blood".

In the aftermath of Zapata's murder, friends created a self-defense group called Home Alive. Home Alive organized benefit concerts and released albums with the participation of many bands, including Nirvana, Pearl Jam, Soundgarden, Heart, and the Presidents of the United States of America. In 2005 a documentary film, The Gits Movie, was produced about Zapata's life, the Gits, and the Seattle music scene. ¡Viva Zapata!, by punk band 7 Year Bitch, was released in June 1994, on C/Z Records in Seattle, as a tribute to Zapata. Some of the songs on the album address the issue of Zapata's murder directly. In February 2013, a play called These Streets, inspired by the stories of and featuring music by Zapata and other female musicians in Seattle, debuted at ACT theatre in Seattle.